Our talented teachers and Instructors are the best in their field and we are very proud to have them on our team at Inspire Arts Academy! 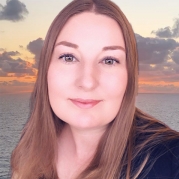 Title: Flute and Piano
Bio:
Kathryn is one of our Directors at Inspire Arts Academy. She holds a degree in Flute Performance from the University of Victoria and has been teaching and performing Flute and Piano full time for the past 17 years. Kathryn's passion is to make music a life long part of her students lives by allowing them to have fun and enjoy learning new music while teaching them to communicate in their own musical voice. She also encourages ensemble playing from chamber music to orchestral performances and hopes to develop a rich ensemble program at Inspire Arts. Kathryn specializes in preparing students for auditions, festivals and Royal Conservatory of Music Exams up to the ARCT level. Inspire Arts Academy is the fruition of her dream to bring the very best of instructors together in a creative and energized environment that enhances the musical experience for the community of Surrey. 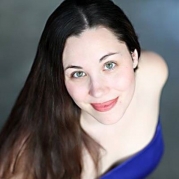 Title: Voice and Piano
Bio:
Paula is one of our Directors at Inspire Arts Academy. She has been a full-time teacher in our community for the past 11 years with a wait list of students. Paula holds a Bachelor of Music from the University of British Columbia with a major in Opera Performance.Â  Paula has performed for numerous Fringe Festivals, in Edmonton and Athabasca Alberta; as Rose Maurrant in Kurt Weillâs âStreet Sceneâ at the Arts Club, and she has performed with Vancouverâs Sing-along Messiah. Inspire Arts Academy is the realization of her long-time vision to create an encouraging environment for students and Instructors to flourish, nurture talents and raise the bar for Performing Arts. 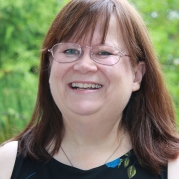 Title: Trumpet, Trombone, Piano and Voice
Bio:
Elizabeth comes to Inspire with a Bachelor of Music in Trumpet performance from UBC and is a Registered Music Teacher. She has been a Church Music Director for 25+ years, and brings with her 30+ years private teaching experience that includes Exam, Festival and Recital preparation. Elizabeth enjoys teaching all ages, has successful and positive experience working with special needs students such as blindness or autism. Elizabethâs philosophy is that Music teaching is about inspiring a lifelong passion for music, and that along the way students learn discipline, skills, coordination and the joy of striving for perfection. 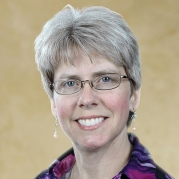 Title: Violin and Piano
Bio:
Laurel has been teaching Violin in our community for the past 13 years. Laurel was educated at the Royal Conservatory of Music (with Honours) and holds her degree from the University of British Columbia. Laurel brings the students of Inspire her extensive training in the International Suzuki Method as well as Music Theory and the Royal Conservatory of Music Exam preparation.

Title: Drums and Percussion
Bio:
We are very happy to add Chris to our impressive list of Inspiring Instructors!Â  Chris comes to Inspire Arts Academy from KPUâs Music program. He shares an emphasis on quality, a passion for teaching, and a desire to play music continuously.Â  Chris is an accomplished Jazz Combo and Big Band Drummer, Wind Symphony Percussionist âincluding Timpani, Xylophone, Marimba, Vibraphone, Djembe, Bongos, and Cymbals. For the past 3 years, Chris has enjoyed being the drummer for Lowkey âa Jazz Quintet, performing throughout the lower mainland. 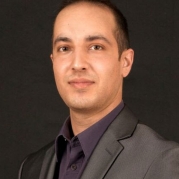 Title: Voice, Piano, Saxophone and Guitar
Bio:
Tristan began his post-secondary music education at Capilano University where he obtained diplomas in piano, voice and conducting. He later graduated with a Bachelor of Music degree in Voice from University of Victoria, where he received the Bea Scott Voice Scholarship in 2014. He was also the recipient of the City of White Rock Award for Music in 2010. Aside from his vocal studies, Tristan is an accomplished pianist, organist and guitarist, having received instruction in classical and jazz at both universities. He has sung with several highly acclaimed vocal ensembles such as Laudate Singers, Vox Humana, and more recently the Vancouver Opera Chorus. Furthermore, Tristan has been actively teaching and performing for many years, having appeared as a tenor soloist with the UVIC Orchestra and Chorus, UVIC Chamber Singers, and the Vancouver Bach Choir. 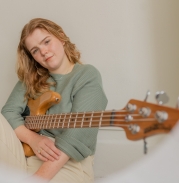 Title: Voice, Guitar and Piano
Bio:
Keely is a working musician who has spent her life consuming, living and breathing performing arts. She first discovered her love for performing through musical theatre and piano at a young age, while other instruments and voice soon followed. Keely has been playing bass professionally in both her own band and for others for over five years now. She has also directed, stage managed and acted in a variety of productions. The crossover of her interests gives her invaluable versatility. She holds her Bachelor of Arts from SFU and advocates for the importance of performing arts in our communities. Keely looks forward to helping her students discover a similar passion for music and theatre. 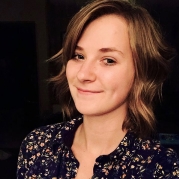 Title: Piano
Bio:
Chloe has been teaching piano for six years at Inspire Arts Academy and loves every bit of it. She has remained devoted to the piano for over 18 years, and has also taken up violin, flute and drums. Chloe enjoys all genres of music, but especially pop, R&B, epic orchestral (scores from film, shows, video games and anime), and classical. Chloe often includes sheet music development/songwriting techniques in her lessons, in addition to music oriented games. Chloeâs philosophy for teaching is that hard-workÂ and dedication are keys to achievement, but ultimately a love for playing will guarantee students lifelong enjoyment in music. 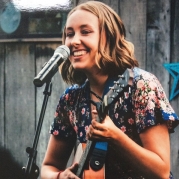 Title: Music Therapy, Piano, Guitar and Voice
Bio:
Jaideen is a piano, guitar and voice teacher here at Inspire. Jaideen is currently studying music therapy at Capilano University and is completing her 1000 hour internship. Jaideen has practiced music therapy with seniors in long-term care homes, teens, adults with mental health disorders, and with children of all ages. Jaideen integrates many music therapy techniques into her teaching at Inspire helping students develop a healthy relationship with music while advancing their skills.Â 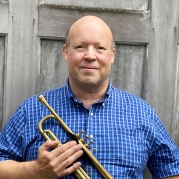 Title: All Brass Instruments as well as Saxophone & Clarinet
Bio:
Dean Scott is a highly sought-after musician and educator, firstly for his skill as a master trumpet player, and secondly as a teacher of all brass instruments, as well as saxophone and clarinet. He is experienced in diverse number of musical styles and is known for his ability to ground his students in a solid technical base. He communicates effectively with all age groups and is at ease running an efficient, yet fair rehearsal environment. He has taught at Inspire Academy for five years, and teaches at Fountainview Academy (Lillooet, BC), and is formerly a faculty member at Trinity Western University (Langley, BC). He is frequently sought after as a band clinician and brass specialist for band and orchestra programs.

As a solo performer, Dean is known for having a strong, pure tone and an exceptionally broad range â a trait necessary for big band lead playing. He is also known as a proficient piccolo trumpet player and is a lover of baroque and classical music. While doing his undergraduate work at Western Washington University (Bellingham, WA) Dean toured Hungary as a trumpet soloist and ensemble member of their Collegium Musicum, playing works by Bach, Scarlatti, and Michael Haydn. Currently, he is co-founder of SHEANDO ENSEMBLE, where he performs trumpet and soprano repertoire with Dolores Scott, his wife and artistic director of Young Peopleâs Opera Society of BC. 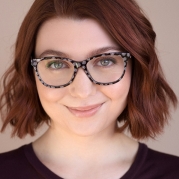 Bio:
ï»¿Morgan Misicâs passion for acting is undoubtedly her greatest asset. She started her career here in Surrey at the young age of ten working as a background performer on multiple movies. She began taking acting lessons the following fall to improve herself and her desire to become a working principal actor. Sheâs had numerous opportunities working with industry professionals thanks to graduating from Capilano Universityâs Acting for Stage and Screen Program. She has pursued her acting education in New York City studying at the Neighborhood School of the Theatre. Upon returning she managed to start a successful small independent Theatre Company âQuand MÃªmeâ, where she produced, directed and starred in. Morgan continues to audition for Film/TV here in the lower mainland with CUE Agency.

Title: Drums and Piano
Bio:
Dylan is an extremely passionate and versatile musician with an extensive knowledge in jazz, rock, and metal techniques. With over 15 years of experience playing live shows all over western Canada and an in depth knowledge of recording in a professional studio environment Dylan offers many insights and engaging methods in his lessons. He started learning university level drum technique at the age of 16 and furthered his drum studies after getting accepted into the Contemporary Music and Technology program at Selkirk College shortly after graduating and has been performing live with various bands ever since.

Title: Voice and Piano
Bio:
Hyun Seung Son is a DMA (Doctor of Musical Art) candidate of UBC School of Music and a native Korean Baritone.

He achieved his Masterâs degree at the Mannes College of Music (Class of 2003) in New York City and his Bachelor of Music is from Chung-Ang University in Seoul, Korea (1999). He studied with Nancy Hermiston, James Patrick Raftery, Peter Barcza in Canada and MO. Joseph Collaneri, MO. Ted Taylor, Ruth Falcon, Thomas G. Cultice, Susan Woodruff Versage, and Susan Caldwell in New York City.

Title: Piano, Voice, Clarinet and Ukulele
Bio:
Pippa Fyfe is a musician and vocalist from the Northwest Territories. She attended MacEwan University's Theatre Arts program where she honed her skills and was able to perform in many stage shows and musicals in the Edmonton area. Pippa has worked in the education system and with students with special needs for almost ten years and tries to incorporate her knowledge of child development into the work she does at Inspire Arts Academy 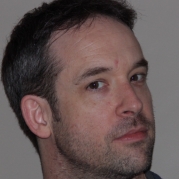 Title: Guitar and Piano
Bio:
Chris was born in Montreal Quebec and moved to BC when he was five. Soon after, his love of music surfaced. His mother played jazz piano and his father played British invasion guitar mixed with the blues. So from an early age Chris had plenty of influences to choose from. When he was nine years old, his brother gave him a fretless bass and he received more guitars from his parents for birthdays over the next few years, including a fender Stratocaster when he turned 16.

After playing in bands during high school, Chris attended Capilano University where he studied jazz. Following university, he played professionally in live studio situations for the next 20 years.

He then switched from studio work to teaching and has been giving lessons for the last six years. Chris takes great pleasure introducing people to music, watching them develop their skills and talents and hearing the tangible results.

Chris developed his musical ear very early. From the age of nine he was learning songs off the radio and from his favorite albums. After his time at Capilano University Chris immediately got a gig with a band playing guitar and didnât stop touring and playing locally in various bands on various instruments for the next 15 years. Chrisâs broad experience with different musicians audiences and musical styles makes him a great fit for the rock band program. He has experience on guitar vocals keyboards bass and drums. Also having been a member of different bands he has an idea as to what works as far as arrangements go not to mention how to keep morale up and energy high.


Chris finds it very satisfying to teach students how to take a song and make it their own while still being faithful to the original version. 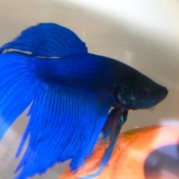 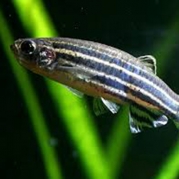 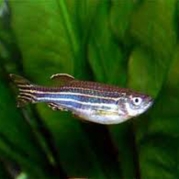 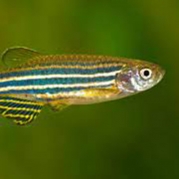